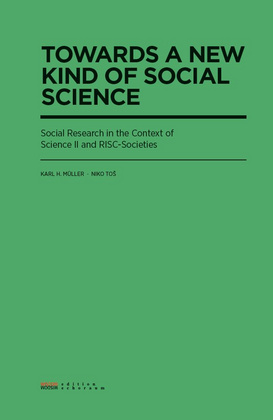 This volume compiles a series of jointly produced articles by the two authors which are partly new and partly already published. Three general themes can be specified which lie at the heart of this book.

The first major theme focuses on an ongoing phase transition in the overall science landscapes from a traditional configuration under the name of Science I to an emergent ensemble under the heading of Science II. The second large topic discusses the impact of the transition from Science I to Science II for empirical social research, especially for survey research. The impact of Science II for survey research is being discussed especially with the help of data from the European Social Survey (ESS). The third focus of the book introduces the notion of RISC-societies (Rare Incidents, Strong Consequences) as a general evolutionary framework for societal analyses and the wider implications for empirical social research.

These three major issues seem even at second glance sufficiently interesting, diversified and relevant to be analyzed in a special volume.