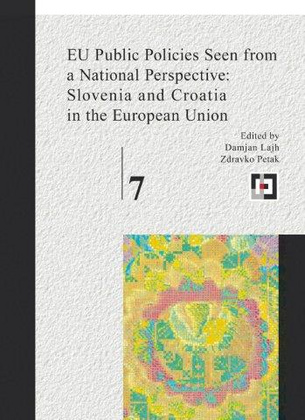 EU public policies seen from a national perspective: Slovenia and Croatia in the European Union « Back

This book concerns the characteristics, problems and prospects of EU public policies from the perspective of two countries – Slovenia and Croatia, which shared the common historical experience of the socialist system of former Yugoslavia; after independence, they both started seeking membership in the European integration. Over the last 25 years they have both experienced deep political, social and economic changes, while the European Union has played quite a significant role in these transformation processes – it has intervened in the operation of both countries’ political systems and the regulation of individual policy domains.

The book is divided into two parts. The first deals with actors and processes, while the second focuses on an analysis of various policy sectors. The first set of policy sectors covers regulatory, distributive and redistributive policies (the economy, agriculture, cohesion, transport and the environment) regarding which a great proportion of sovereignty has been transferred to the EU level. The second set of policy sectors covers policies that are mostly ‘only’ coordinated at the EU level, while an important proportion of sovereignty has remained at the level of member states (employment and education). In this way, individual chapters analyse policy sectors in the respective country in three steps: main characteristics before accession to the EU (to identify any ‘mismatch’ between national and EU levels, whether the sector was non/problematic from the viewpoint of accession); the Europeanisation process (the EU’s role in reform processes); and the biggest problems and prospects in the period of full membership.