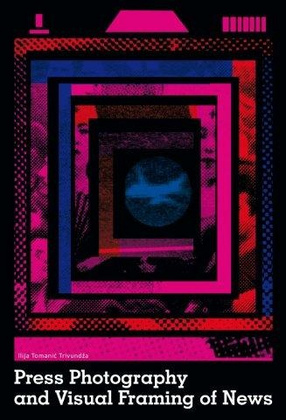 Press Photography and Visual Framing of News « Back

Press Photography and Visual Framing of News presents an argument for the necessity of taking images seriously within the field of media and communication studies. The argument, although not new, is worth repeating, since regardless of the (over)saturation of contemporary communication with visuals, the field has still not come to terms with the image.

The book presents key theoretical debates on news framing and the specifics of the visual framing of news, which are reconsidered within the norms and conventions of the specific cultural apparatus within which photography is put to work – journalism. The book provides a tentative typology of visual framing and outlines the general trend of the visual framing of news as a move towards a more iconic and symbolic representation. This move on the one hand increases the role of images in news reporting by exposing their ability to condense the events into easily recognisable and culturally shared symbols. On the other, it can lead to the impoverishment of visual communication through the overt reduction of particular events into typical occurrences, transforming photographs into mere illustrations and generic visual cues.

The book also points to the important future challenges of visual framing research, namely the need to be able to explain the increasingly convoluted ways in which photographs are used within the convergent media environment to make sense of on-going events and the need to address the changes within the medium of photography itself, namely the fact that in the converged and increasingly surveilled communication environment, the primacy of the representational value of images has been both challenged and instrumentalised.