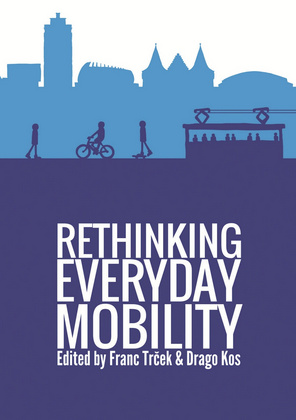 The massive automobilization of the second half of the 20th century has made traffic in the cities into a chronic problem. The traffic issue has started to endanger the “raison d’être” of cities. Together with the expansion and suburbanisation of the cities, forcing the inhabitants of “dispersed cities” to make longer trips to work, study, or for errands, the traffic problems accumulated over decades have become hardly manageable.

Constant traffic congestions and the consequent deterioration of the environment led to broader views and reflections on the absurd and irrational domination of automobilism. However, introducing environmentally friendlier forms of mobility for people and goods, and asserting alternative traffic models, is far from simple, especially because of the relatively low operational capacity to legitimately introduce changes to the complex systems into which modern cities and urban regions have turned. These changes indeed have to meet economic, organisational, technical, political, social, cultural, and other criteria. This means, in other words, that it is very difficult to legitimately change traffic systems because it interferes with a strongly rooted system of interests, and at the same time directly affects the common routines of everyday life.  Nevertheless, the time is right for a shift and turn.

This monograph presents the conceptual reflections on possible alternatives within the Civitas Elan project, its successful concrete solutions, as well as obstacles to the introduction of changes.  Civitas Elan, which is part of the Civitas (stands for CIty-VITAlity-Sustainability) Initiative of the EC, is a program coordinated by cities and simultaneously a program “of cities for cities”. The project is a consortium of five cities (Brno, Ghent, Ljubljana, Porto, and Zagreb) that includes 39 partners from seven European countries.

A part of our reflections and solutions is presented in this monograph. The first part of the book includes texts dealing with the social circumstances of changing urban mobility and consequently with changing urban traffic systems and traffic policies. The second part presents some of the most successful methodological solutions that were used to analyze the changing and ever new forms of mobility. In the more extensive third part the articles present new techniques, technologies, solutions, approaches and products, which contribute to more efficient and environmentally friendlier city traffic. The monograph concludes with the reflections of the project’s scientific coordinator about the cooperation in the RTD part of the project. It contains proposals which we hope will contribute to a better understanding of the project’s achievements and stimulate further discussions on the objectives of the Civitas Initiative.

“Greening” city traffic is certainly a demanding task, but also a task with high added value for the quality of living in a city.  Though such ambitious objectives undoubtedly cannot be achieved with a single project, it is possible to approximate them. The publication of the texts gathered in this monograph may contribute to spreading alternative views on the development of city traffic. And that is a very important task in modern reflexive societies, which face decision-making blockades precisely because of their reflexive nature.